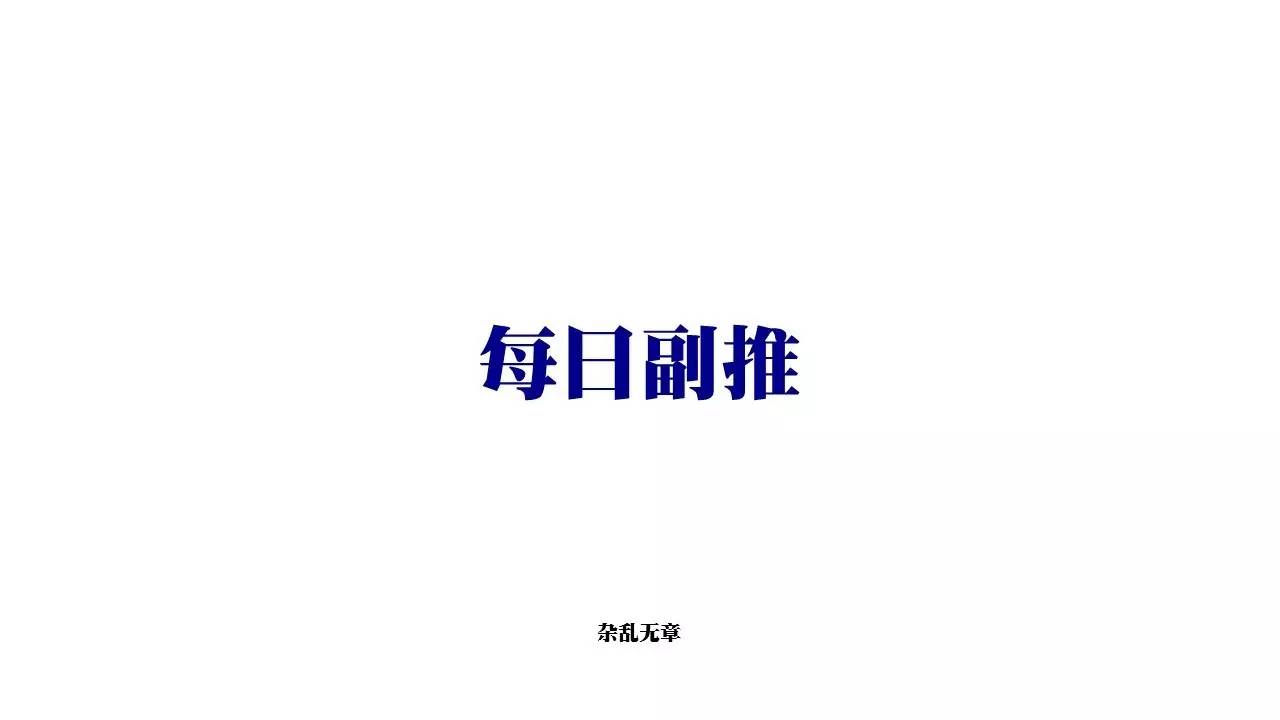 You're so smart you don't have a boyfriend.

I saw the movie "Wang Jiaxin" last week. Although I only gave it a score of 6.5, I inevitably substituted myself in it like "my Girl days" and "those years".

the plot of this film is roughly that after the male lead Junxian ran into a girl selling tickets at the front desk at the cinema, he kept thinking about it. When he went back to her the next day, he found that she had resigned the day before, and then began to look for the name on the nameplate in that impression-Wang Jiaxin. In order to find her, he called the phone number signed Wang Jiaxin all over Hong Kong and appeared on the late-night radio station. In the end, he found more than 70 "Wang Jiaxin", but could not find the one he liked.

the end result, of course, is that he can't find it, because the person he fell in love with at first sight is actually called "Wang Anxin", not "Wang Jiaxin". He misread the other person's name from the very beginning. It's really boring to listen to this plot, because according to our current logic, it's impossible for anyone to be so stupid to spend so much time for someone who has only met once.

what's interesting about this film? in fact, it's not the kind of "infatuated absolute" shown by the protagonist Junxian.

in the movie, there is a girl named Wang Jiaxin. At first, like us audiences, she thought the male host was super stupid, but after her contact, she was slowly moved by his sincerity. She not only helped Junxian find "Wang Jiaxin". She even fell in love with Junxian in the end, hoping that she could become the "Wang Jiaxin" he was looking for.

it's up to you to see for yourself what happens to the two of them.

in fact, this film is interesting because it is obvious that Wang Jiaxin's family environment is much better than that of Junxian, and his EQ and IQ are also much higher than Junxian. However, he is still willing to accompany him to call the unknown "Wang Jiaxin" and accompany him to get shut out of the door. In the evening, he even secretly runs to Shao Shu, the gatekeeper in the cinema, to get the information about "Wang Jiaxin".

when Wang Jiaxin meets Junxian, it is the stupidest time for Junxian, and Wang Jiaxin is willing to be stupid with him knowing that what he wants to do cannot succeed.

"the psychological age of girls is at least two or three years older than boys."

in fact, I don't know where you heard this theory. Anyway, everyone has such a consensus that girls of the same age must be more mature than boys. So many of the reasons for the breakup put forward by the woman are not "you are poor, you are ugly, you are not advanced", but those strange reasons such as "why are you still like a child", "you are so childish, I am so tired" and so on.

as boys, we can't understand why we can still be called "naive" when we make money, use hair wax and buy perfume for each other.

in the final analysis, it is because it is naive, so it is impossible to understand what is meant by "naive".

childish, it means that you don't understand her good, and you can't see where she pays silently.

childish, it means that you don't know how to be a man. Even if two people are familiar with each other, how can you save the usual sweet words?

naive is to tell you that there is nothing wrong with your material and innate conditions, that is, if you have poor ideological awareness, adjust and adjust, we can continue to be together.

but men don't understand, men are naive, and they can't stand being called "naive". Because every man's dream is to be an upright man, and only children need to be protected, they explode as soon as they hear the word "childish", and their ideological consciousness is even worse, so the relationship can no longer be discussed.

so those really smart girls never say that the person they like is naive.

because they know that love not only needs to run-in, but also needs to wait patiently until the other party keeps pace with them before they can continue to move on to a better future with that silly boyfriend.

Mr. K is my good brother. I don't have to think about going out with him usually, because he is the kind of boy who is so meticulous that he takes an umbrella even if it rains today. Once he and I each took our girlfriends to Xiamen. Mr. K was meticulous to his girlfriend from beginning to end of the trip, so that I began to regret traveling with them. Because my girlfriend has been comparing me with Mr. K:

"look at people!" The first one to pick up food for his girlfriend, how about you? "

Bring out a sense of grace with our black women wedding dresses. Whatever your choice, take advantage of a huge discount of 70 percents!

"look at him!" I know that the sun here has prepared a hat for his girlfriend. How about you? "

I couldn't help such a mental attack, and in the evening I took him to the rooftop for a drink on the pretext of "talking between our two brothers".

as soon as I sat down, I said, "do you have to be so nice to your girlfriend?" I was almost scolded to death by Vivi. "

he looked at me and then put the jar down. He said, "you think I'm nice to her?"

I smiled bitterly and said, "if this is not good, then I really don't know how to describe it."

he looked at the starless and dark sky and said, "she is much nicer to me than I am to her."

Mr. K began to tell me the story between them. At the beginning, it was the girls who chased him first, and he didn't want to go any further except for a little favor at first. In fact, Mr. K does not have any shortcomings, if we have to say, we can only say that he is really too kind. Whenever a girl comes to him, he is willing to chat with others, because he thinks it is polite to reply. In the week we just met, girls would talk to him every night, and thenWhen I went to the classroom the next day, I would see the breakfast she bought him. After class, I took him to the movies and went to the art exhibition on weekends. She said that he could not stay in the dormitory every day.

during that time, the whole class knew that the girl liked Mr. K, but the girl never said that and would not tell him to be his good friend. But two weeks later, the girl suddenly disappeared, this disappearance does not mean that her person has disappeared, but does not talk to Mr. K, no breakfast in the morning, and will not invite him to the movies.

Mr. K said to me, "she was so funny that I felt empty during the week when she didn't talk to me." I never knew that college life could be so fun. Watching interesting movies, going to interesting exhibitions and eating good food seem to be a part of my life. "

I said, "so you confessed your love to her?"

Mr. K said that after playing the nice guy who "agreed not to disturb" for a week, he couldn't help it. One night. He sent each other a Wechat message: "be my girlfriend."

I drank my beer and sighed, "the world is full of tricks."

Mr. K, without me, said to himself, "it's her that makes my life so interesting."

I told this story to my girlfriend that night, and she applauded in front of me from the bottom of her heart.

Mr. K's girlfriend is so smart that she accompanied Mr. K to do all the things he had never thought of before, because the title "good Mr." means "following the rules" and living a conventional life. Unlike other girls, she is not self-righteous in telling each other what you should do, but goes through it with you to let you know what is good.

so I know why she is so important to Mr. K that he is willing to be meticulous to her in life, because sometimes a broadening of horizons is the best gift. And she happens to know how to work with Mr. K to discover interesting things in life that don't follow the rules.

so I agree that Mr. K is really lucky to meet her who is smart. Because it's too hard to find someone who is willing to change slowly with a fool like you.

We are faced with the same problem all the time: how to judge whether a person is really good to himself or not.

in fact, these so-called "good" are just that the other person satisfies you when you have a need.

and the real "good to you" is when the other person is willing to be stupid with you when you are so stupid that you don't even know what you need. Instead of arrogantly telling you the right way, the other person will squat down and ask you, "what are you looking for?"

it's good for you to be stupid with you.

5.20 is coming. Have you ever thought about how to be nice to those who are nice to you?

send her a bunch of beautiful flowers? Take her around the world? Go to eat nice and delicious cake with her?

well, Dongguan Uber can help you fulfill these three wishes in one go.

on May 20, open the Uber App and slide to [click to call 520]. After successfully hailing a cab, you can have pink lengthened Lincoln pick you up on the street and take you for a 20-minute romantic ride around the city. Enjoy the interactive link carefully designed for you by Uber in the car, and you can also take away the breeze 20 red rose bouquets, cake only favorite French cake and Wanda Golden Street gift bag after getting off.

Thank you for being silly with me when I am the stupidest.

just give me a minute and I'll be able to keep up with you.

recently I read a group of very interesting cartoons called "you look beautiful today". It's very interesting, and it has something to do with today's topic. I chose two pictures to show you.