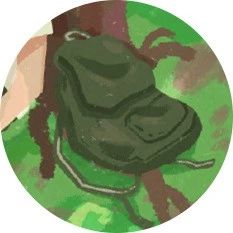 To parents: don't be "friends" with your children at the age when you should set rules.

Professor Li Meijin said: "parents must make rules when their children are young."

the matter of setting rules does not mean that children can be completely ignored when they are young.

in the end, the child became a bear child, and it was too late for parents to regret it.

the growth of children is regular. At the age when it is most appropriate to set rules for children, don't just be "friends" with them.

No one will tell you that your child has no rules.

visit a friend. Your child will make a mess of your friend's house. Your friend will not scold your child, but you will have less contact after that.

when you go for a bus trip, your child is shouting loudly in the car. Other passengers will not criticize your child, but will frown and despise you.

Chinese people have always adhered to the doctrine of the mean, ignoring their own affairs, and those who offend others.

but that doesn't mean your child is free from fault, nor does it mean that there is nothing wrong with your education.

Bear children are not well-behaved, and their parents often do not educate them well.

if you don't educate a child who has no rules, society will educate him for you one day.

A child followed his mother to the supermarket and poked a hole in all the peaches on the shelf with his finger when his mother wasn't paying attention.

in desperation, my mother can only buy all the peaches home.

there is a child who likes to doodle at home. The parents not only do not stop it, but also say that the child is still young, so don't be like him.

later, the child scratched all nine cars in the neighborhood with a knife, and his parents paid more than a hundred thousand yuan for it.

the unruly and ignorant children are all accustomed to by their parents.

as the old saying goes: without rules, there is no square, and rules must be punished.

Children cannot grow up under the protection of their parents forever. One day they will enter the society and accept the rules of this society.

setting rules for children in advance can let children know what to do and what not to do.

criticizing children properly can make them understand right and wrong, be reasonable, and learn to be responsible for their own actions.

many parents think that setting rules for their children is to make it difficult for them.

they do not want to set too many rules for the child, bind the child, and "suppress" the child's nature.

what's more, I don't agree with the criticism and punishment in the process of making rules, thinking that this is not love, but a kind of hurt.

only love and undisciplined education will bring up deformed children.

in the program "Grade one", Tong Dawei, an acting teacher, was furious with his students.

the reason is that a student was absent from school for two consecutive days and did not ask for leave, which worried everyone.

when she knew that she was running away from the exam because she was afraid of the exam, she was taught that she must face up to challenges and failures.

I didn't expect to be refuted by another student in public, saying that he spoke too hard and only regarded himself as a teacher, not his students as friends, so he was not qualified to be a teacher at all!

hearing this, Tong Dawei was very angry. He said:

"in school, you have to abide by the school rules. We are teachers and students first, and then friends!"

I am responsible for your safety. I don't come to school or ask for leave for two days. What can we tell your parents?

you are here to learn from us, not to make friends! "

the teacher is the child's teacher first, and educating the child is the most important thing.

parents are first of all the parents of their children, and they should be more aware of the heavy responsibilities on their shoulders.

it is the bounden duty of parents to discipline their children.

the beloved son of parents is far-reaching, and true love must be based on rules and rules.

rules are not only for restraint, but also for children to grow up better.

the purpose of setting rules for children is to let them understand the rules of the world and gradually develop the survival ability of the fittest on the premise of abiding by the rules.

I have read a picture book in which the conversation between the child and the mother is impressive.

the child asked his mother: if I made the pillow feathered all over the place, would you still love me?

Mother replied: I will always love you, but you have to pack up your feathers.

the child asked again: if I spilled paint on my sister, would you still love me?

Mother replied: I will always love you, but you are responsible for washing your sister clean.

the mother's answer is really good, while repeatedly promising "I will always love you" to let the child find a sense of belonging, while not forgetting to set rules for the child to let the child know what to do.

it is the original intention of making rules to teach children to be responsible for their actions.

"Love children" and "set rules" are never multiple choice questions, and both are indispensable.

Professor Li Meijin believes that children should be educated in different ways according to different ages:

Children must strictly establish rules when they are young, especially before the age of 6, and learn to "let go" after puberty.

parents should not be too soft-hearted in setting rules for their children, and should be properly strict when necessary.

for example, if children are not allowed to play with their mobile phones, once they have set rules for their children, parents cannot be soft-hearted or change their orders from time to time.

sometimes the child will act like a spoiled child and cry at you. If you compromise, the rule will not stand up.

there are even childrenBargain, more than the time limit but also to the parents to play for 10 minutes, if you agree, the child will get an inch.

parents must be true to their words in order to implement this rule and help their children standardize their behavior and form habits.

as long as parents can really "set up" the rules, good rules will naturally imperceptibly influence and improve their children's lives over time.

We often say that the best way to get along with children is to be friends with them.

but educating children not only to get along with each other, but also to be standardized, guided and resourceful, which is beneficial to children.

before making friends with your child, let him know the rules of the world, understand that there are no rules, correct his behavior, and deal with others calmly.

teach children to be like flying kites, to make their wings fly, and to firmly hold on to the line that controls the direction.

the rule is the line, which is what the child should do and what can't be done, be clear and firm.

try to avoid emotional interference in the process of education, and be sure to discuss it on a case-by-case basis after each other's emotions have cooled.

When you wear one of our prom dresses for big bust, you show your beauty and your sense of style. Just take these selections into consideration.

when the child is older, parents can work with the child to make rules, agree on the consequences, and then strictly enforce them.

for children to behave, parents must have rules.

parents' words and deeds are affecting their children. We should set a good example for our children and not be the "bad guys" who break the rules.

the country has its own law, the family has its rules, and the rules are the laws of the family.

if you want to be friends with your children, be respectable mentors and incorporate good rules into every aspect of each other's lives.