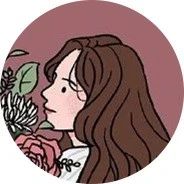 Zhou Guoping said that there are three times of growth in life:

first, when you find that you are no longer the center of the world;

second, when you find yourself powerless no matter how hard you try;

third, when you accept your ordinary and enjoy it.

growth is the process of constantly refreshing your cognition and saying goodbye to your immature self in the past.

on the way to growing up, master the following three keys before you can get lost without losing it.

I have seen such a group of data:

one nation accounts for about 0.3% of the world's population, but the proportion of people who win the Nobel Prize is as high as 20%.

not only that, they also won 38% of the National Science Award, 27% of the Turing Award and 42% of the Neumann Award.

looking at this, maybe you already have the answer in mind.

Yes, they are Jews.

has experienced inhuman persecution and long exile, but Jews still strive for themselves and have achieved remarkable results in many fields.

fundamentally, it is inseparable from their good habit of reading.

as the classic Jewish saying goes:

"when you are in poverty and have to sell your surplus to make ends meet, you should first sell gold, gems, land and houses." On the other hand, the books you have in your home cannot be sold unless you have to. "

many people think that people's greatest strength comes from wealth and status.

in fact, after a person has read a lot of books, the tenacity and wisdom in his blood is his hardest card.

when watching the Redemption of Shawshank, what impressed me most was Andy, the protagonist who was wronged and jailed.

because of his strong financial ability, he won the protection of the prison guards.

because he was adept at memorizing the Bible, he had the upper hand in negotiations with the warden.

because he is well versed in the household registration policy, he has quietly recreated an identity for himself.

later, Andy was finally able to achieve the "impossible" escape plan, but also because of his knowledge of geology and meteorology.

as Ji Xianlin said: "Reading can make you run forever."

A person's growth begins by clenching the key of reading.

in reading, you can exercise your way of thinking and acquire strong underlying abilities:

you will jump out of the limitations of cognition and look at the problem from another height;

you will allow yourself to constantly surpass who you were yesterday, rather than stagnant.

your life will be full of resilience, even if you fall into the trough, you can have the courage to fight back.

there was a young monk with great talent, but he was arrogant and open-mouthed, so he caused a lot of trouble.

in the eyes of the Zen master, he did not blame him.

the next day, the little monk excitedly said to the Zen master, "this potted flower is so wonderful that it blossoms in the middle of the night, but in the early morning, it puts away its petals."

the Zen master asked, "did he bother you when he blossomed at night?"

Our collection has the tulle wedding dress to exceed your expectation. Don’t forget to check our newly released super affordable options.

the little monk shook his head again and again: "from blooming to closing, it never makes a sound."

the Zen master smiled and said, "really?" I thought it would make a lot of noise when it blossomed. "

after hearing the words of the Zen master, the little monk bowed his head in shame and stopped talking falsely.

the flowers bloom silently and the fragrance comes.

people who really have layers are mostly bright but not shining, and keep a low profile and do not speak.

the thinker Francis Bacon said: "implication and propriety are more valuable than eloquence."

when he was young, Zeng Guofan was also outspoken and boasted that he spoke bluntly and offended many people.

it wasn't until he almost lost his life that Zeng Guofan had an epiphany and made a rule for himself:

before going to bed every day, he thought about whether there was anything wrong with his words all day.

later, he became a person with very few words, only asking for the word "stability".

because of his low profile, Zeng Guofan recruited numerous talented people and became a generation of famous officials.

Zhuangzi said, "it is good for dogs not to bark well, and good words are not good for people."

low-level people always make rude remarks and have no scruples. The higher the level of people

, the more they know but do not speak, and see through the silence.

after all, it is instinct to open your mouth, and it is the ability to shut up.

people live all their lives, and only when they can keep their mouth shut can they keep calm and keep their hearts.

knowing how to speak carefully is a person's highest self-cultivation.

how important is a person's circle?

there is an interesting answer on the Internet:

in our lives, people always come and go.

what kind of life you have with the kind of person you are with.

see the story of a netizen.

Jingzi and the three girls who sleep with her are preparing for the postgraduate entrance examination.

at the beginning, everyone agreed to study hard and supervise each other.

but only two weeks later, roommates began to slack off, calling it happy learning.

in the relaxed atmosphere, Shizuo also slept until noon every day and stayed up late at night to play.

I only read for a little while every day, and I can comfort myself that the exam is not a problem.

after the results of the postgraduate entrance examination were released, as expected, the whole dormitory failed together.