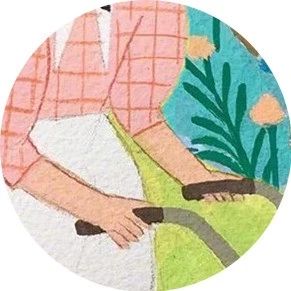 what is more terrible than the poor family is the "poor family thinking".

recently, a pair of high achiever twins in Hunan have become very popular.

when the 2020 college entrance examination was released, twin brothers Zhao Nai and Zhao Di in Cili County, Hunan Province, were admitted to Tsinghua University and Peking University with high scores of 687 and 685 respectively.

such key words as "twins high achiever" and "students from poor families" keep the heat of the two brothers alive for a long time.

netizens said one after another: "my parents are going to wake up laughing when they dream."

"No wonder I didn't get admitted to Tsinghua and Peking University. I didn't have a twin brother."

when everyone shouted, "it is hard to have another noble son from a poor family", they have proved with their own achievements and strength:

the victories of these ordinary families also let me, who had walked through the single-log bridge of the college entrance examination, to see the four heart-piercing truths of poor education.

parents' lifts are the strength for children to hit bottom

in addition, there is another important person, that is, their father.

Father Zhao Zhongqi does not have much knowledge, but this honest man knows clearly:

the children in the mountains have no other way out, and only reading can change their fate.

for three years, Zhao Zhongqi would travel from the countryside to the county every weekend to talk to the children and find out what they think.

when children show that they are stressed, the father has only one sentence: "hold on, you have to hold on for three years."

with such a simple and firm belief, the father has been silently helping the child behind his back.

I can't help thinking of that sentence, every miracle that comes out of nowhere is inseparable from parents' hard lifting.

Last year, an article entitled "twins send PhDs from Peking University and Chinese Academy of Sciences to help their mothers work at the construction site" became popular among parents.

Twin brothers Li Guoping and Li Guoan were admitted to Southeast University physics major at the same time in 2015.

what kind of family were they born in?

parents became laid-off workers when they were 3 years old.

my father runs a taxi, my mother does odd jobs, and a family of four live in a 30-square-meter dormitory in my father's unit for 16 years.

uneducated parents are well aware of the importance of education.

they spend every penny they earn on their children's tuition, tutoring classes, food and nutrition.

when the mother was in the two primary schools, she used a bicycle to pick up and pick up the wind and rain, and she stayed with her children while they were studying.

my father only went to high school, but he loved reading very much.

the most gifts given to children are also books. In addition, he often reads poems to children and shares stories in books.

Liang Qichao once warned his children:

you can't lose your health because of frugality. For learning, money to gain knowledge should be spent."

parents are the originals and starting points of their children.

this starting point is about education, foresight, and correct values about parents.

the importance of tutoring lies in self-education. Parents' words, deeds and deeds are always the strength for children to hit bottom and rebound.

some time ago, pictures of a pair of children of the grassroots star "Big clothes" Zhu Zhiwen went viral on the Internet.

spend a lot of money, don't do your job all day, and play games whenever you have time.

for reading, he is very dismissive: "our family is so rich, what is the use of study?"

daughter Zhu Xuemei is no exception, because family conditions have improved, eating too much, and her weight once soared to 200 jin.

youth is in full bloom, but there is no vitality at all.

do not want to work, tired, stay at home all day to pick up express delivery to buy roast sausages.

Why is there such a scene when there is a good starting point?

maybe you can know the answer from Brother Da Yi's answer:

I feel sorry to see this.

Dreamy plus size beach wedding dresses at great prices. Options in varieties of styles and silhouette are available now!

even if the family is rich, without the blessing of education and the cultivation of personality, children are "hollow people" who grow up in the pile of wealth. "

one day they will have to face the ups and downs of life alone. Without culture and skills, how can they gain a foothold in society?

the shortsightedness of parents is the biggest obstacle to the future of their children.

the cold of the poor family, the lack of "cold" in the eyes of parents and the lack of educational ideas.

the value of a noble son lies in the cultivation of a child's independent personality and tenacity.

instead of complaining that it is difficult to have a noble son from a poor family, it is better to put it into practice and be the leader on the road of a good child's life.

because of the epidemic, for a long time, students study online at home.

but that invisible network cable has quietly opened the relationship between people.The distance between them.

some children are lazy and indulgent and put themselves in the circle of "students with learning difficulties in online courses".

the Internet speed is not good in class. There is no camera, everyone shuts down when they ask questions, eats snacks in class, lies in bed, and every now and then Arena of Valor's voice is heard.

this year, he Runqi, the top liberal arts student in Hunan Province, her mother died of illness in her first year of high school, her grandmother was old, and her sister-in-law took care of her 3-year-old nephew at home.

all the expenses of the family depend on the odd jobs of my father and brother.

A family of six are huddled together in an old house with no light in sight during the day.

during the epidemic, there was no computer or mobile phone at home, and even the homework could not be completed.

until the head teacher visited his home and learned about his family's situation, he lent him his laptop and mobile phone, so that he could take classes online normally.

however, under such circumstances, he Runqi got a good score of 707, ranking first in the province.

all roads lead to Rome, and some people are born in Rome.

A superior family is good, but in the college entrance examination and even in the battlefield of life, it is whether you are determined to forge ahead and have the desire to change your destiny.

the so-called "genius" is to pave the way for his own future with his own diligence and sweat.

as Liu Yuanyuan said in the Super speech Family,

"most of us are not born into wealthy families, we are all on our own."

so you have to believe that fate gives you a lower starting point than others and wants to tell you to spend your whole life fighting back. "

Children without umbrellas should try their best to run.

however, if you have struggled, you will have no regrets; giving up without effort is the greatest sorrow of the poor children.