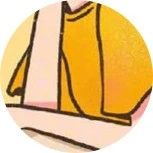 The cost of education is high, but the price of ignorance is terrible! (popular education circle, life-long benefit)

Yes, I don't know when the whole society is telling people a story of hard work, telling everyone that you have to work hard. In fact, everyone knows how good it is if you don't work hard:

Why do you have to stay up late to do homework that can never be finished? it would be nice to lie down early!

Why do you have to spend thousands of money on tutoring classes? how good it is to travel!

Why do you have to force your child to try to make the relationship tense? it's so good to stay at ease!

people of any age will find pleasure in indulgence, and even critically ill patients will be delighted by secretly smoking a cigarette.

he's even indulging his life, but this indulgence is awesome!

well, if you don't work hard, don't force your children to study, have fun, spend your time playing games and traveling. By comparison, it's a paradise for parents who accompany their children in class all day and struggle with their children in their studies.

however, in the matter of educating their children, every parent has to pay the same amount, that is to say, the more relaxed and lazy they are in the early stage, the greater the price they will have to pay later.

to invest in children is to invest in happiness for the rest of your life. This article is worth thinking about by teachers and parents.

where does a child's happiness come from?

it's actually a little hard to tell, but we have to mention that, after all, this is the ultimate goal of all parents. What high education, good job, high income and so on, behind these appearances are parents want their children to be happy, then what really determines a person's happiness?

many writers have interpreted and explained that if you read enough, you will find that happiness must be closely related to two indicators-dignity and freedom.

Dignity, needless to say, is closely related to a person's virtue and social status. Virtue alone is useless. Your class will deeply affect your dignity. This is the law of class.

what about freedom? All people have free will, but the freedom given to you by this society is limited, wealth and status determine a large degree of freedom, which we have to admit.

go online to see how dissatisfied and helpless young people are in the face of "dead careers and lives at the age of 20", "facing the cold shoulder in society" and "facing what we call ordinary life".

what does a young man think when he suffers dozens of times the failures of others because of a resume?

the more ignorant people are, the more likely they are to make excuses for themselves.

remember that liberal arts champion who tells the truth about society:

"it is becoming more and more difficult for children in rural areas to be admitted to good schools, while children like me, born in a middle-class family whose parents are diplomats, were born in a big city like Beijing."

this determines that I can take many shortcuts in my study. "

every sentence is heartbreaking, and how many people begin to resent the reality and complain about their origins, but they are also blinded by them and cannot see the other part of the reality.

so many people use this as an excuse to accept their fate. Anyway, they have worked hard for the rest of their lives.

but there are always other people who, in this reality in which they can't see the future, are still giving up their lives, spilling blood, and still performing the story of killing dragons with warm blood.

those who insist stand out from this invisible reality to another part of reality.

in this part, fate has many missed fish, many doors of opportunity are open, and countless spirits of hope follow.

as the last sentence of the top student in the Beijing liberal arts college entrance examination said: having knowledge does not necessarily change fate, but without knowledge cannot change fate.

as long as you are still working hard, there are endless possibilities in life, compete with time, break through in probability, and be a fish out of the net in the hands of God.

ignorance makes people unable to see themselves or the world clearly

, I don't know how many years the news of "Peking University graduates selling pork" had been talked about. Many people thought, "what about graduating from Peking University? why not go to sell pork?" When I graduated from primary school, I also sold it. "

but what they don't know is that the Peking University student who "sells pork" is Lu Buxuan, and a man named Chen Sheng first discovered his strength:

"A stall selling 1.2 pigs a day is quite remarkable, but this kid can sell 12 pigs a day, which is amazing."

Chen Sheng later partnered with Lu Buxuan to set up the "Butcher School." later, they opened hundreds of chain stores. Lu Buxuan and Chen Sheng were both worth more than 100 million yuan.

later, Qin Xianfei used his network resources at Yale to start the "Rye Field" project, using the financial knowledge he learned at Yale to introduce capital and marketing teams to develop the village's business industry.

so he became the most beautiful village official in China.

there is an article written: after reading 985swap 211, you just know that the theory of useless reading is a lie. These people not only have the ability and strength to enter better enterprises and platforms, but even in the industry of selling pork and peanuts and melon seeds without a threshold, they also have a good chance of doing better.

the so-called theory that reading is useless, and the so-called poor quality of graduates from famous schools are all examination machines, which are in fact very extreme examples.

people who are ignorant like to pull tiger skin when they are big.The flag, with a very small probability of events, to defend itself, and to maliciously speculate on others.

Don't regard learning as too utilitarian

so what is the purpose of education and learning? To get a high score? College entrance examination? No, absolutely not. At least, it's more than that.

studying is not just about mixing a college diploma and opening up a world with a smooth wind and water.

Reading is to make you a warm, interesting and thoughtful person, to have a calm heart in the ups and downs of life, so that you can live through those long and dark years alone without complaining in the future.

When you buy our prom dresses under 50, you will get funky and cool look. Our collections will meet all your needs.

Reading is to discuss not only firewood, rice, oil, salt, sauce, vinegar tea, but also piano, chess, calligraphy, painting, poetry, hops, and hops with your lover in the future.

every delicate vase will break one day, and even a beautiful face will grow old one day. Only the books you have read and the words you have written will gradually accumulate in your body and become your wealth.

if you read more books, you will find that the world, which you have never noticed before, is so alive that there are thousands of rivers and mountains outside the mobile phone screen.

if you read more books, you will find that in front of the boundless sea of knowledge, no matter how big the trouble is, it is only a drop in the ocean.

this is the world's greatest reward for those who study hard and attach importance to education.

every choice has a price. Don't try the price of ignorance. It will be miserable.