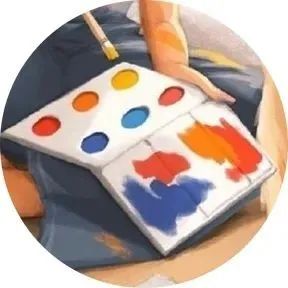 Reassuring is the highest evaluation of a person.

Zeng Guofan said: "the smartest way to be a man is to let people rest assured about you."

reassuring, it is the best evaluation of a person.

because it is a great affirmation of a person's ability and quality.

A reassuring person can not only win the heartfelt respect of others, but also make his life more and more open.

reassuring, it is the most important quality

what kind of quality is the most valuable in life?

but in fact, the most important quality of being a person is to make people feel at ease.

reassuring, the core thing is to live up to the trust and expectations of others.

I will keep my promise for what I have promised.

when he was young, he studied in Taixue and was a classmate and friend with Zhang Kui.

two years later, when the appointed time was up, Zhang told his mother about it and asked her to prepare food and drinks.

Mother smiled and said: "the agreement made two years ago, after such a long time, how can you be sure that the paradigm will come to the appointment?"

Zhang Xun said: "I believe in the paradigm, he will not break the agreement."

on that day, Zhang prepared food and wine, and the paradigm really came to the appointment.

finally, the two drank and chatted about their lives before saying goodbye.

it is precisely because the paradigm keeps its promise that Zhang can feel so at ease with him.

I have seen a question: what is the best quality of a person?

the most popular answer is that keeping one's word comes first, reliable and responsible in case of trouble.

keeping promises is the most basic quality of a person.

people who are reassuring will always put credit first.

it is most at ease to get along with such a person.

because what he has promised will be done well and will live up to anyone's trust.

only when you have a responsibility can you rest assured

in this world, there are many smart and capable people, but the ones who are really convincing are reassuring people.

as Warren Buffett said, "Reliability is a more important quality than intelligence."

the real reliability of a person is to make people feel at ease about you.

the painter Liu Yong once talked about such a thing:

one day, he told his daughter that after watering the flowers in the family, she could go out to play.

my daughter really wanted to go out to play at that time, so she finished the task quickly.

just when his daughter was about to go out, Liu Yong stopped her daughter.

ask her to come to the flowerpot and ask, "look at the difference between the flowers that Dad watered and the flowers you watered."

the daughter didn't notice the difference and shook her head.

Liu Yong pulled up the two pots of flowers by the roots and showed the roots of the flowers to his daughter.

at this time, the daughter's face immediately blushed.

Liu Yicai said: "at any time, you can't just do things on the surface, but to be a responsible, responsible and reliable person."

there are really not many people who can do things in a down-to-earth manner.

down-to-earth is more reliable than intelligence.

Choose our red prom dresses if you want to draw attention in a crowd. Enter our store and select the perfect fitting clothes.

No matter how smart he is, he who does things casually will lose the praise of others.

Wilson said: "the sense of responsibility is proportional to opportunity."

people who do things responsibly will not care about their own personal gains and losses, they will only want to do things well and give people the best explanation.

people like this are more likely to win recognition and praise.

when you have a bottom line, you can rest assured

Chi Li said: "reliable, simple to say, complicated to fall down, sounds like a feeling, and doing it is a principle."

A reassuring person has a ruler in his heart and a degree in his actions.

they can stick to their own bottom line, abide by their own principles, and will not take advantage of others, nor will they cheat and hurt others.

during the Song Dynasty, a young man went to Beijing to take an exam and met a man who set up a stall to sell paintings in the street.

Young people have a deep study of calligraphy and painting, so they come forward to watch and see that there is a big deviation between the price and the value of the painting.

he asked the seller if he knew anything about the painting, and the seller shook his head and said, "I can't live in my own family, so I put these calligraphy and paintings out for sale."

after hearing this, the young man said, "this painting is by a famous artist, and its real value is dozens of times higher than the price you offered."

the seller was surprised and said, "seriously, I don't know these paintings either. I just want to sell them quickly in exchange for money."

the young man was afraid that he would be deceived, so he proposed to deal with the calligraphy and paintings together with the seller.

the seller thought that the young man was an expert and knew that the value of the painting was not deceiving him, so he agreed.

the seller also made a lot of money as a result.

later, yearWhen the young man won the top prize and met the emperor, he knew that the seller on that day was the emperor.

the emperor also recognized him and was very happy. In the face of the temptation at that time, the young man still adhered to his own principles. It can be seen that the young man was a trustworthy person, so he was taken seriously.

A man with a ruler in his heart will not do anything against his conscience and will not betray the trust of others.

Haruki Murakami said: "people violate their own principles, even if only once, will violate more principles in the future."

reassuring, the most important thing is reassuring.

Chu Hongwang once said: "being a man is touching and doing things is reassuring."

some people say that reassuring is the greatest ability of a person.

it is also said that reassuring is a person's greatest talent.

if you ask me, reassuring is the highest evaluation of a person.

because it means that this person is not only capable, but also of high virtue.

only those who keep their promises, do things in a down-to-earth manner, and stick to principles can make people really feel at ease.

May you and I both be reassuring people and live a calm and down-to-earth life.