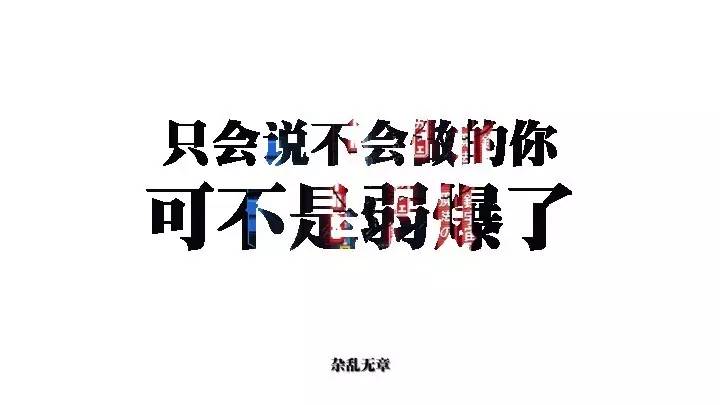 A few nights ago, I woke up in a beauty parlor and found my left eyebrow missing. With 120 percent embarrassment, the beauty parlor told me that the little girl had poor skills and accidentally cut off my eyebrows and eyebrows.

I looked at myself with an eyebrow in the mirror, angry and funny. I wanted to get angry, but seeing her in panic, I just waved my hand and said, "it's all right. I'll just draw." I comforted myself that it was just an eyebrow. I would have it again in the future. I wish it would grow out.

I sighed on my way home. I asked my mother, "is it ugly?" My mother looked at me carefully for a while and then told me, "your eyebrows are like a rooster in mahjong." I asked, "if I had no eyebrows from now on, would you still love me?" My mother said firmly, "No."

so I posted a moments. I said, who can quickly teach me to draw eyebrows before dawn, and I will do whatever it takes to be a cow and a horse.

as soon as the moments were sent out, most of the people who replied to me were boys. The article they said was Tao, in which Ah Ba, who replied to me in the most detail, told me that it was natural for you to stroke with eyebrow powder, then use eyebrow brush, and finally faint with cotton swabs. He laughed at me and said, "you can't even draw such simple eyebrows, how dare you say you're a woman?"

I asked him, "you speak so well, have you ever had your eyebrows turned?" Instead of answering, he only asked me, "you have so many theories about falling in love. Have you ever been in love?" He saw that I did not speak, leisurely said: "you see, you fall in love like my eyebrows, we can only talk on paper."

only later did I know that yesterday, when I lost my eyebrows, Ah Ba happened to lose his girlfriend of three years.

I willingly admit that he is a little more miserable than me.

A Ba is right.

I looked at myself with only one eyebrow in the mirror and remembered the great truth I had told Ah Ba about the concept of love. I also saw the boys on Wechat who were eager to popularize the knowledge of thrush for me. In fact, I used to like to give advice to others. Over time, my theory about falling in love sounded particularly plausible, and people around me gradually began to believe my truth, and they came to me as soon as they had emotional problems and had a long talk with me.

I know how to help others solve financial disputes between couples; I know how to help couples who have been in a cold war for a week to find an opportunity to admit their mistakes without trace; I know how to get boys who fall in love for the first time to talk to the girl they like; I also know when girls in an ambiguous period should say what to say, when to be reserved and when to be slutty. I know a lot of dirty jokes and a lot of stories that need to rely on detergent powder to wash clean. I know a lot of truth, but most of these truths are written in books I have read since childhood, or played in TV dramas, and are taught to me by living examples of my friends, which I have never put into practice.

so if I don't say it, others will never believe my lack of emotional history.

sometimes I listen to a set of truths coming out of my mouth, look at the other person's convinced eyes, and finally hear that he has successfully solved the problem as expected. How can a man like me, who has little love experience, be so like an old driver? how can he say something like such an old driver?

people who give advice to others often have no personal emotional experience. So I often admire myself who knows nothing but seems to know everything.

but unfortunately, every time those scenes in my head really happen to me, the great truth I have mastered will instantly lose its effect.

one day I suddenly rushed to Xiao Wu's dormitory all night and asked her to help me pick out clothes and style my hair, and then I kept asking her, "what should I do if he is like this?" What should I do if he does that? Ah, I'm so nervous! " Xiao Wu was so annoyed by me that he fell on his back on my bed and asked me, "Hey limy, where is that all-powerful old driver?" Why don't you just do what you told me before? "

just like for eloquent boys, a girl's eyebrow painting is just a simple essay made up of a long list of verbs. To me, it's just a matter of talking every minute to give advice to others, but when it's my turn to really operate, I always get confused and have no way to play tricks.

I'm nervous to death, and as the most senior emotional analyst in the circle, I can't find anyone who can solve my problems. So I had to make an excuse the next day and cancel the appointment for that day.

I haven't been in touch with each other since then. I have been scolding myself that I hate less when I use the book.

Xiao Wu laughed at me later and said, you will have sex in the mouth, but nothing else. It looks pretty good, but in fact, it is tough inside. The more you speak, the less you will practice.

she said that people like us often have a lot of theoretical experience and have a set of systematic emotional problem templates in our minds, and we can quickly find a series of practical solutions to any problem. But whenever I really encounter it, I lose the ability to solve the problem. Because things only happen to others, we can think rationally without any personal emotion and come to the best conclusion; but once we meet, all we can do is to be as crazy as ordinary people.Crazy and at a loss.

I am an old driver with successful camouflage.

I have always been wearing an elaborate mask to show people. I know a lot of righteous words, know a lot of jokes, I can even write a lot of articles about love. When people around me listen to my emotional advice, they will raise their hands to evaluate me "666" and worship me as an outgoing emotional expert with adoring eyes. Sometimes I can even successfully deceive myself into believing that I am such a powerful person who knows everything.

but in fact, I know best that I can't do it.

it's really humiliating for me to admit that there's nothing I can do about something.

the old driver on the surface is just to hide my inner guilt and cowardice. I don't want to be discovered that my emotional experience is lacking, so I like to help my friends when they have emotional problems. I don't want to admit that I am often led by other people's routines. So I put on the appearance of insight into all the routines in the world and cautioned others painstakingly. As a matter of fact, I don't know a lot of things, but I used to pretend to know everything and pretend to know everything.

I can be invincible when comforting others. I look like an old driver. But once it really happens to you, it will come out.

camouflage is for better defense. I always think that the old driver will not be hurt and the king of routines will not be tricked. So I tried to pretend to be an old driver full of routines, but often I was the silly Bai Tian who would jump down spontaneously at the sight of the routines.

I always want to put on a sophisticated and worldly appearance to warn the people around me: "none of you are going to hurt me, I can see through you at a glance." I always want to use an indifferent expression to cover up my helplessness standing in front of you. I don't want you to find all my simple thoughts. I don't want you to see my flustered eyes. So I deliberately take the title of old driver to let you leave me, so I do not look you in the eyes to alienate me, so I will never give you a chance to get close to me and understand me and hurt me.

but this is really tiring.

and I don't want to be so tired anymore.