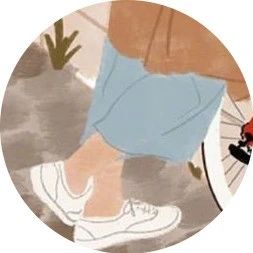 Indisputable: is the greatest wisdom in life.

in the Legend of Zhen Huan, there is a line:

in fact, the wiser the person is, the more "indisputable" he is.

the so-called non-struggle is not cowardice or admitting defeat, but precisely the person who knows what he wants, the more he is able to let go and the more he is willing to let go.

Don't fight for those useless reasons, useless emotions, useless utilitarianism, in order to get the real calm, freedom and peace of mind in life.

do not fight for edge

there is an old saying: "A gun shoots a bird in the head and a knife cuts a snake on the ground."

sometimes, if a person is too exposed, he will eventually lead to a terrible disaster. On the contrary, the more one understands the clumsiness of the Tibetan front, the more he can retreat bravely.

under Liu Bang, the great ancestor of the Han Dynasty, there was a counselor, Zhang Liang, who was not only intelligent and meritorious, but also extremely low-key and humble, with no intention of taking credit.

Liu Bang originally respected these four people very much. seeing this situation, he knew that the wing of the prince had become, so he had to give up the idea of abandoning the prince.

Queen Lu sent someone to thank Zhang Liang, but Zhang Liang refused and said, "these are the queen's advice. What does it have to do with me?" And ask someone to tell the queen that there is no need to mention it.

after listening to the emissary's reply, Queen Lu once said, "it is small for Zhang Liang not to take credit, but great to abandon wisdom and vulgarity." I only knew that he was very resourceful before, but today I know that he is unfathomable and beyond our reach. "

later, Liu Bang died of illness, Queen Lu was autocratic, and many important officials in the dynasty were either killed or demoted, but Zhang Liang managed to protect himself.

the more meritorious a person is, the less he can show it.

because this will not only arouse the jealousy and guard of others, but also cause unnecessary trouble and disasters to yourself.

on the contrary, the more you know how to be peaceful and keep a low profile, you can not only avoid the open shot and hidden arrow, but also keep yourself away from the scourge of disputes.

strive for the overall situation

A person who wants to achieve great things should not be impulsive, let alone emotional. Sometimes when you fight for the right or wrong in front of you, you will delay your lofty ambition.

when Zeng Guofan was about 20 years old to study in Hengyang, there was a classmate named Yang Furui in the same house. depending on the power of his family, he was usually very arrogant.

once, Zeng Guofan sat at the window and read Zuo Zhuan aloud in the light outside the window. He was reading Zuo Zhuan attentively.

suddenly someone shouted, "Zeng Guofan, you are blocking the light of the window. How can I read? why don't I move it quickly!"

in fact, Yang Furui did not read, and his bed was on the other side of the window, but Zeng Guofan had no theory. He moved the stool to his bed and read it again.

in the evening, when Zeng Guofan continued to read under the lamp, Yang Furui shouted to him, "if you still want to read, how can we sleep?" When Zeng Guofan heard this, he looked up and smiled at him and immediately began to read silently.

it was by virtue of this rare forbearance that Zeng Guofan was able to achieve what he had learned and finally embarked on his official career and became a general in the late Qing Dynasty.

there is a saying: "if you can't bear it, you will make a mess."

Slide into the charming collection of lace gown half sleeve bridal. You’ll be proud of your glamorous look.

but only when you spend your time and energy on the most important things can you really grow your strength and skills.

do not strive to be strong

people live in this world, everyone will meet.

not everyone, you can talk about it. Not everyone can be reasonable.

Fu Bi, the famous prime minister of the Northern Song Dynasty, is famous for his outstanding talent and literary talent.

once someone stuck him in the street with arrogance: "I heard that you are knowledgeable, can you answer me?" In the face of the other party's provocation, Fubi did not sulk, but replied in a warm voice, "Yes, please."

the man continued to ask, "if someone openly insults you, how should you deal with it?" Fu Bi deliberately thought for a long time and replied, "I will pretend not to hear." The man laughed, ridiculed him wantonly, and then turned away.

seeing the master being insulted, the servant on one side was anxious: "this man is so rude, why don't you retort?" Fu Bi explained calmly: "this man is frivolous, and the argument with him is bound to get worse.

in the end, no matter who loses or wins, some people are bound to be dissatisfied." What's more, since he can provoke him in the street, it is enough to show that he is narrow-minded, and if he continues to argue, there will be other entanglements in the future. Instead of doing so, it is better not to argue. "

there is a saying in Heaven Sword and Dragon Sabre:

when a person ignores it, whether he or she is competitive or competitive, he will not lose anything, but can stay away from a lot of right and wrong troubles.

when a person is more able to put down these things, he or she will live more freely, freely and thoroughly.

writer Liu Zhenyun learned that he had won the Mao Dun Literature Award when he was shopping at the vegetable market, and the publisher also told him that the bonus was higher than in the past.

but he didn't.How excited and excited he was, but he decided lightly to buy tomatoes a little more expensive than eggplant and go home to be noodles gravy.

in fact, no matter whether you win the prize or not, it doesn't have much impact on Liu Zhenyun. How he should live his life, or how he will live it.

in the Book of morality, there is a saying: "less is more, more is confused."

the more a person fights, the more things that bind him. The less he asks, the less that bothers him.

after Mr. Tu Youyou won the Nobel Prize in Medicine in 2011, many people came to interview and even trumpeted her.

but she said calmly that scientific research is not for fame and wealth, and she doesn't care so much.

at the same time, she also mentioned that she did not always think about whether to win the award or not. the fundamental problem of honor is that there are more honors and you have more responsibilities.

after winning the award, she refused a lot of interviews and accepted the award, still like an old lady next door, living the same life as usual.

but the difference is that you can treat success or failure calmly, and you can easily get out of it, even advance and retreat freely.

there is a saying in Cai Gentan:

A person does not fight for edge, but fights for self-preservation.

instead of striving for high spirits, a person strives to keep a low profile.

instead of striving for strength, one strives for peace in everything.

A person does not fight for fame, but for peace and freedom.

the more stupid he is, the more he likes to fight, and ends up empty-handed and in vain.

the smarter he is, the less he fights, but becomes the biggest and the winner in life.