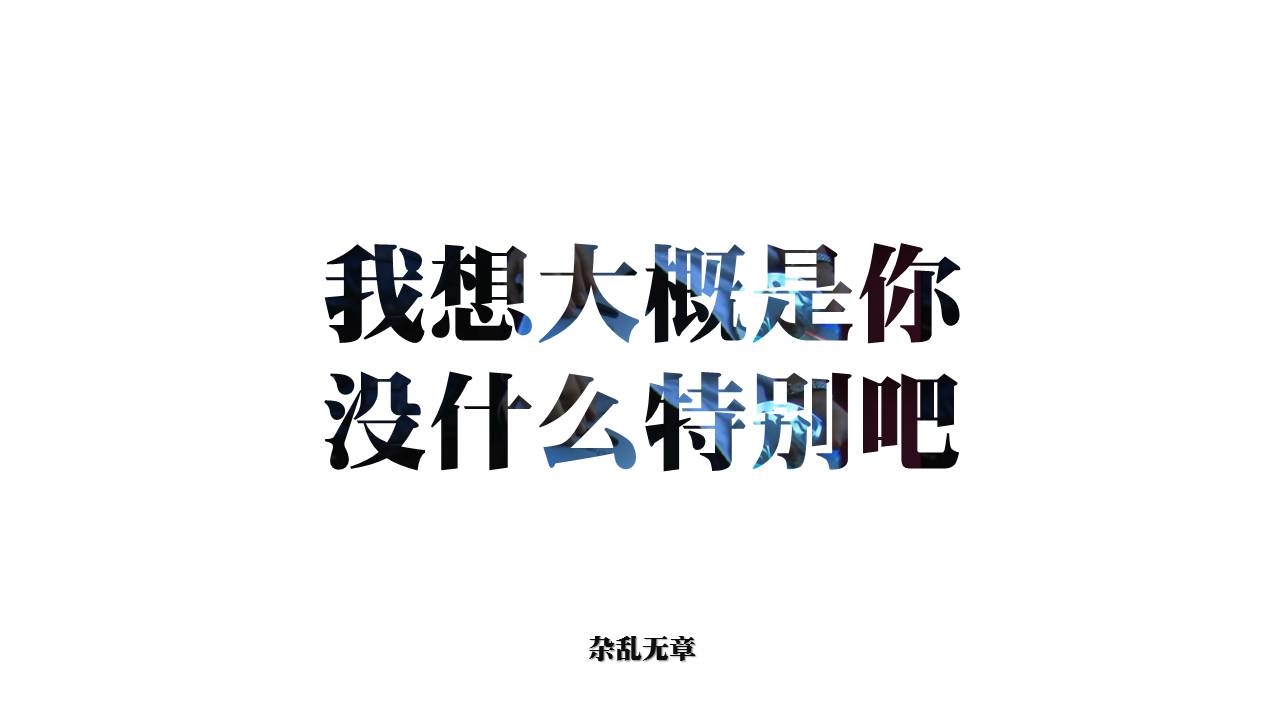 I'm disappointed that you don't understand me.

recently, I have been in constant disappointment because I have repeatedly found that people close to me do not understand me. During the conversation, I need to explain to the other person the meaning of my last sentence, and I need to tell the other person my context in detail every time I say something to make sure he understands.

A few days ago, my boy who had been having an affair for a while in high school called and offered to have dinner together and asked me if I could watch a movie in the evening. As I have been an intern, I am always in a bad state of mind after work, so I want to suggest another day, but I don't want to say no directly, so I vaguely said, "Beijing is very congested at night." But he did not understand amorous feelings, only said: "if there is a traffic jam, don't take a taxi, you can ride a bike." I said, "Beijing is very hot." "the restaurant has air conditioning," he said. "

in the end, I couldn't stand it. All kinds of romantic feelings caused by his invitation had long been gone with questions and answers. I said, "Brother, I am very tired from my internship. I don't want to go out at night. Why don't I reschedule?" He woke up like a dream: "if you are tired, then have a good rest." I'll see you at the weekend? " I replied to him hurriedly "yes". I was disappointed to think that after seeing him for a year, he no longer understood me, and he could not understand even the shallowest meaning in my words. I had to explain to him what I meant again and again before he could know what I was trying to say.

you don't understand me. Why do you like me? I'm really disappointed.

when I got off work that evening, I sent Wechat to my father and said, "I'm so tired today." He replied to me: "go home, dinner is ready." I said, "but there are a lot of people in the subway." He said, "then wait at work for a while." After I didn't know what to say for a long time, my dad got mad at me and said loudly, "can you just tell me what you're going to do?" I said, "Dad, I just want you to offer to pick me up from work. Why don't you understand?"

I'm so disappointed that even my own father doesn't understand me.

the meaning was misinterpreted by two men who I thought were supposed to "understand me" on the same day. I couldn't hide the frustration on my face. I think I've made it very clear. I think the meaning of my words is obvious, but you still don't understand. Do I have to tell you what I mean bluntly in vernacular before I can understand it?

the point of my anger is not that you don't understand, but that you are not someone else, you are you.

the day after I was disappointed in my male god, a friend who was visiting Beijing happened to ask me if I had time for dinner in the evening. On a whim, I replied to this friend word for word what I said to the male god. I wanted to use this friend's "understand me" to prove that the boy did not understand me the day before. So I said, "there is a traffic jam at the evening summit in Beijing, and I fall asleep when I watch a movie at night." I thought he would answer me clearly: "We'll take a rain check if we're tired", but his reply was: "you can take the subway?" If you are sleepy, you won't fall asleep if we watch ghost movies. "

my face is covered with black lines. I've been thinking for a long time, why can't they understand the subtext that I think is so obvious? Holding down my anger, I said to this friend, "you know, I've been in a bad mood lately." Because I think all the people around me don't understand me. "

the moment I said it, I suddenly felt that I had misjudged the male god.

it's not that he doesn't understand me, but that no one in the world can "understand me".

by "understand me", I mean that you don't have to hear me through a whole sentence to know what I mean; you can satisfy the exact meaning of the obscure words of all my literature and art; you don't need me to open my mouth, just look at my eyes and know what I think; you can understand all my desires; you can see through the "it doesn't matter" after every "it doesn't matter" sentence.

I hope you know all my obvious little emotions.

in the past, I didn't think it was difficult. But now, looking at a reply on Wechat asking me to ride my bike and one asking me to take the subway, I realize that it has never been their fault, but my fault.

in the first place, no one fully meets the standard of "understand me" in my mind, but I expect something from individual people, so I raise my requirements of him and become extra demanding. I stubbornly asked him to be different from others, and wholeheartedly hoped that he would meet all my interpersonal expectations. In the process of getting along, I will find this person's ordinary and ordinary again and again, so I am angry and disappointed. But I also have to admit that there is really no one in this world who has the ability to understand me different from ordinary people.

I am so selfish.

I once read an article on the transmission of information in interpersonal relationships. The author said that the biggest contradiction between people is the lack of emotional flow. The kind of self-evident relationship I had expected is extremely rare in both the same sex and the opposite sex. But it is like this, between people, if the two sides do not speak, or no one is willing to accurately express their meaning in words, then emotions can never flow naturally and healthily.

but I always unrealistically expect to communicate with someone special, or someone special, without the literal meaning of the language, so I will have endless anger, disappointment and pain.

once I had no choice but to ask a girl with a good relationship for a debt. But at that time, I didn't talk about her directly in private. I was just on Wechat.A status was posted on moments. I said, "Dad has been so poor recently that it is important for my friends who have lent me money to save their lives." I'm sure she will see it, and I think if she sees it, she will understand what I mean, and then she will take the initiative to pay back the money. But I waited for her all night without any movement, so I had to write to her privately: "Oh, I've been so poor lately." I can't afford a new dress. " She replied with a smirk on my face, and I said, "well, how much is your watch?" She simply replied to me with a number.

that night, I spent a long time walking around, trying to remind her with every word that money was money. I thought she would know what I meant, but she really couldn't recall the money she owed me as I had hoped. At last I reached the limit of my patience. As soon as I gritted my teeth, I said, "well, actually, I mean, can you give me the money you owe me?"

she joked me later: "your social way is too inefficient. You said so much earlier. I really don't understand what you are trying to say. Just tell me."

I was disappointed that night, not only because of the money, but also because I regarded her as my special friend. I thought she should understand me, but she didn't.

Inspire and be delightfully charming when in our country bridesmaid dresses. Let them endow you with a demonstration of refined taste.

since then, I began to learn to collect debts bravely and bluntly. No matter who the other person is, I try to tell him directly: "I am very poor. Can you pay me back?" I no longer expect anyone to understand what I'm saying. I gradually found that when I began to dare to directly tell others to "give me back my money", they would quickly give it back to me, and I would no longer be disappointed by these trifles.

at the same time, I gradually began to accept the fact that in this world, I will probably never be able to find someone who "understands me" who can meet my requirements.

whether it's a friend or a lover.

I think I would like to apologize on behalf of my selfish self and to those who have been belittled by me and who "don't understand me".

however, although I admit that this direct way of "you give me back my money" is much more effective than my previous method of euphemism and implication, I still find it blunt and boring. Because I can't tell the difference between "you" and "them" at all. I need to treat you like all ordinary people, to explain what I really mean to you with patience, love and love, instead of standing there and letting you see through me in the dark.

maybe you're nothing special.

there is nothing special about anyone.