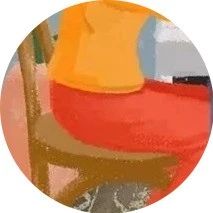 If there is discord between husband and wife, the family will be defeated!

as the saying goes: home and everything is prosperous.

families live in harmony and love each other. No matter how poor they are, they will surely prosper and become rich.

if husband and wife are at odds with each other, the family is bound to fail

only when father and son trust each other, brothers are of one heart and one mind, husband and wife love and beauty, and the family lives in harmony, the family business can prosper.

if there are constant quarrels and quarrels at home, there will be no good life.

there is a couple who are very narrow-minded and always quarrel over trifles.

on this day, my wife cooked some good dishes and wanted to go to the wine jar to get some wine for fun.

who knows, the wife looked into the jar and saw a woman in the jar. She was furious and thought her husband was unfaithful to her.

without thinking about it, she yelled at her husband, "you bastard, come and have a look, how dare you hide other people's women in the jar without telling me!"

the husband rushed over to take a look in the jar and found that it was a man!

"you bad bitch, you obviously did something wrong by bringing other men home, and dare to frame me!"

the two did not give way to each other, tearing and biting each other.

the neighbor heard the noise, asked why, swung a sledgehammer and hit the wine jar. The wine in the jar ran out and the shadow was gone.

only then did they realize that what they were arguing about was nothing but their own shadow.

husband and wife had a good life, but they had to fight and ruin their wealth before they could stop.

to put it bluntly, the root cause of family discord lies in the lack of family morality.

such families can't respect each other and can't reach a consensus, and they will only quarrel. Even if they don't break up, their children will be scared and have no happiness to speak of.

A reader left me a message backstage. He said that his parents had quarreled so often since he could remember that he had been withdrawn since childhood and had no friends who could play with him.

when I first got married, I vowed not to follow the old path of my parents and be at peace with my wife, but very often I couldn't control my emotions at all.

he also wanted to change, but the shadow of his parents' quarrel was deeply engraved in his mind and lingered.

A couple who are estranged affect not only the atmosphere of the family, but also the character and life of their children.

maybe some parents will make up, and the scraps scattered all over the place can be cleaned up quickly, but for the children who have witnessed all this, their happy childhood will be broken and will never be intact again.

in a family, the family is pleasant, humble, communicates and listens, and any contradiction can be resolved.

on the contrary, relatives fight with each other, lose their temper because of trifles, or even fight, which will not only hurt the peace, but also lead to the decline of the family.

good family style is the most precious wealth of a family.

the family is in harmony. No matter how poor a family can become rich

some people feel that they have to eat and drink without wealth, while others think that if they do not have to be immortal, they should at least enjoy the same scenery for a while.

everyone has a different definition of success, but sometimes family harmony and happiness is also a kind of success.

because only when the family is in harmony can everything go smoothly.

in the Spring and Autumn period, Kui (quere) was originally an upper doctor of the State of Jin, but was later implicated and demoted to the common people.

since then, the couple have returned to their hometown called "Ji" and lived a pastoral life of self-sufficiency and light food.

one day, a minister named Jiuji passed by and saw him weeding in the field. His wife came to bring him a meal.

the wife politely delivered the food to her hand, and she took it with great respect.

after a meal, the wife is out of use to see his wife go.

the two live with respect for each other, and Jiuji is very moved in his eyes.

after going back, Jiuji is like the recommendation of the Duke of Jin Wen.

"the concentrated expression of mutual respect between husband and wife is that virtuous people can govern the country well. I implore the king to call him back for re-use. "

Jin Wen Gong adopted the advice of Jiuji and soon recalled him and made him an army doctor.

sure enough, he lived up to expectations. When he defeated the enemy in a war, the Duke of Jin Xianggong gave him the "Ji" land.