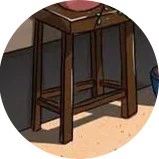 as the ancients said:

if you can be like water and have a broad mind to tolerate all things, you will be able to gather all the energy around you into a vast ocean;

if you can do things like a mountain, you will be able to soar to the sky like a cliff.

if you understand the knowledge of "being like water, doing things like mountains", life will be much easier.

to the effect that water is good at nourishing all things, but it never competes with all things, and is in a most natural but inconspicuous position, so it is closest to "Tao".

Water looks weak, invisible and boneless, but it has the power of dripping water to wear stones, a vast and profound degree, and a penetrating heart.

be like this, soft but powerful, always with a humble and studious heart, willing to do what others don't want to do, try your best to help those in need, and don't focus on fighting for fame and wealth.

there is such a story in Tongcheng County Chronicles. During the reign of Emperor Kangxi, Zhang Ying, the bachelor of Wenhua Hall and Shangshu of the Ministry of Rites, received a letter from his family.

the letter said that the two sides had a dispute because the neighbor Wu family built the foundation and occupied the land boundary of the Zhang family.

because the Zhang family relied on senior officials, they wanted to "repair" the Wu family, so they flew to the capital and asked Zhang Ying to deal with the matter.

after reading the letter, Zhang Ying quickly sent a reply to the people in her hometown:

when her family saw the reply, they were so ashamed that they took the initiative to tell the Wu family that they were willing to retreat three feet from the original dividing line.

when the Wu family saw the way the Zhang family handled it, they were shocked and deeply moved, so they also took the initiative to retreat to the ground.

so far, a six-foot-wide alley has been set aside in the boundary between the two houses, which is the source of the story of six-foot lane that has been widely circulated in ancient and modern times.

Zhang Ying has been widely praised for her character of being indomitable, tolerant and open-minded.

in dealing with the relationship between people, he is as free and easy as water, casual and measured, and is also respected by future generations.

everyone has heard the fable of "the struggle between snipes and mussels".

the snipe and the clam had an argument and bit each other, and neither of them was willing to let go. As a result, they were found by the fisherman and caught together.

most of the time, like this snipe and clam, we are so stubborn, entangled and calculating that we are easy to fall into the pit.

being a man cannot be too "contentious". It is really not worth it to care about some small things and affect the overall situation. Only like water, can you adapt yourself to any environment and tolerate all things in order to be free in the world.

sometimes, it is also a kind of wisdom to retreat bravely. When the heart is clear, the situation will be better.

there is a saying in the Book of morality:

"A tree embraced together is born in the end; a nine-story platform rises from tiredness."

A towering thousand peaks are all formed by a collection of pebbles, and things should be done as follows:

steady and persistent, can we have a solid foundation;

firm belief, not afraid of difficulties, can steadily take every step;

do not brag, do not show off, steady forward, can steadily move forward to success.

Zeng Guofan wrote in his family letter to his son:

"I am reluctant to do everything with poor knowledge. I should not seek fame too quickly, but the effect is too quick."

this is a warning to his son that he must not be too hasty in doing things. Only step by step, he will lay a solid foundation, do things steadily, and do not be afraid no matter how hard he is, so that he can have a day of advanced skills.

and this is what Zeng Guofan achieved in his own life.

he forced himself to read. If he did not understand the last sentence, he could not skip to the next sentence. If he could not finish the day's study task, he would not be allowed to sleep.

from the age of 16, he began to take part in the scientific examination and failed again and again, and did not win the scholar until the seventh time. At that time, he was already 23 years old, and he was not young at that time.

later, he went to the Imperial Academy. Instead of pursuing fame and fortune, he did his job in a down-to-earth manner, doing his best in every job he got.

it is this calm and unafraid attitude that has enabled him to be promoted seven times in a row in 10 years and become a second-class courtesy waiter at the age of 37.

every ordinary person is dormant for years, honed and persevered to usher in the desired achievement.

they have never thought of taking shortcuts, let alone superficial "efforts", but rely on their own down-to-earth efforts, so they can move towards success with confidence.

be a man and combine strength with softness

as the old saying goes, yin and yang are in harmony.

this is the case between mountains and water, one firm and one soft, the unity of opposites.

Water is soft, informal, pure and casual; the mountain is steady, scrupulous, down-to-earth and tough. The still water runs deep, and the mountains are silent.

be a man and do things like this, with an open mind and the ambition to stand in the sky.

Zhang Zhidong, a famous minister in the late Qing Dynasty, had a famous saying:

Zhang Zhidong was incorruptible all his life, never paid bribes, and adhered to justice. Although he was the minister of the frontier, even the funeral expenses were raised with the help of relatives and friends.

Wanna shop stunning simple homecoming dresses 2022 and show off your pulchritude? We have it all – a perfect choice for the most formal and casually informal occasions.

the money given to him by the Empress Dowager Cixi was used as a donation to run a primary school in his hometown. In the event of a famine, he immediately donated it.Money relief.

on his deathbed, he left a will:

Zhang Zhidong is as clean and pure as water, wholeheartedly for the public, does not seek self-interest, modestly, does not compete with others.

and all his life, he overthrew the Dongxiang tragedy, tried his best to block Chong Hou's betrayal, and brought back the Yumen injustice. Everything he did was like a mountain, solid, reliable, grand and admirable.

as Zeng Guofan once said:

to be a man, you must combine strength and softness. People who are too soft, have too many worries, are submissive, and are not easy to succeed;

people who are too strong, although they have tenacity and perseverance, have succeeded, but they are very easy to hurt others and themselves.

Gang is not brutality, not harshness, but self-improvement; gentleness is not weakness, not incompetence, but humility.

the truth of being a man is to combine strength and softness.

Water can converge into rivers and lakes only if it is not complacent, is good at flowing downwards, is modest and knows how to concede, and

the mountains should be steady and steady, and there is no need to bother to compare heights, because high mountains are meant to be close to the sky.

only with a humble and tolerant heart, guard against arrogance and rashness, strength and softness, can we enjoy the reputation of the lake and the sea and become the ambition of the sky.