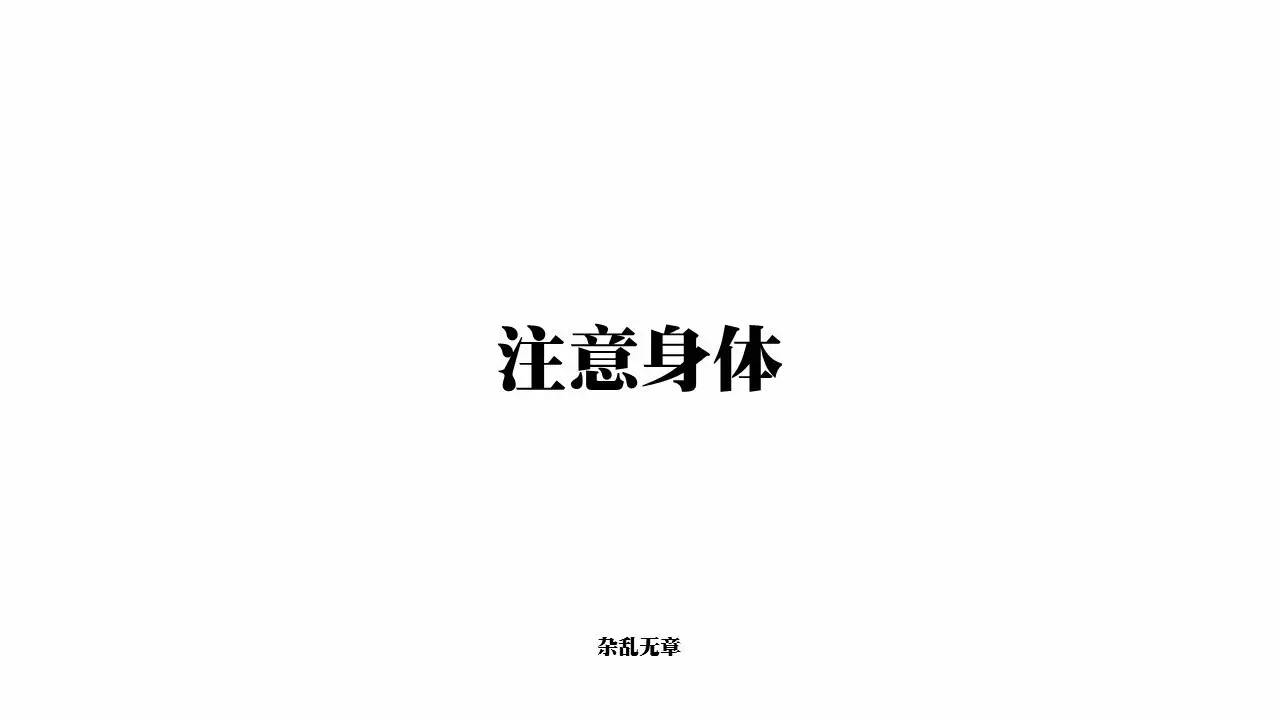 I watched a video called "what are the people who graduated for a year?" in which a girl said: "I recently had an illness and finally found that I didn't even have the money to see a doctor one year after graduation." I still have to ask my parents, and then I think this is probably the worst time of my life. "

after saying this, she choked up so much that she could not utter another word.

I remembered my experience of seeing a doctor in the early hours of the morning because of a fever. I said to the doctor, "Sorry, I don't have much money. Could you prescribe less medicine?"

he looked at me and said, "OK, let's take a skin test first."

the skin test took half an hour, during which time I fell asleep against the white wall of the hospital.

that night I also thought of writing a manuscript during the injection, which showed my diligence. But the moment I opened the memo, I left only one question to myself: "what's wrong with you, twenty-year-old?"

the night before last, I posted this question in a mess and received a lot of responses. Now I choose to show it to you.

the first month after graduating from school, they were admitted to the hospital for the first time because of work.

I learned to draw. I have to sit for at least three hours at a time. Sometimes I don't drink water or go to the toilet. I concentrate on painting. When I was only 16 in my second year of high school, everyone in the crowded studio could only sit on a dwarf stool, which did great damage to the joints and muscles of the legs, including the spine and lumbar disc, not to mention sitting for hours. at that time, after sitting for a long time, my legs were numb and had to stretch to one side. Over time, I developed a bad sitting posture so that my sciatic nerve was out of order, and my left leg could not walk. It took me several days to go to acupuncture and click on physiotherapy to prick my lumbar vertebrae, ligaments and the nerves on my most painful thigh. Now I still feel a little tired after sitting for a long time.

because of rhinitis in recent years, it is not easy to taste healthy. If you have been in a hurry for three days, you will go to the hospital at a fixed time every day for more than a month, and your eyes will fall when you feel it, and you will say with a smile, "I can bear it today, and I will be able to work hard after the pain." Vomit in the middle of eating, vomiting in the west, vomiting in eating and eating porridge. I am so thin that I am not happy at all. You can't eat spicy, fried, cold oysters. You can't drink water.

I was born prematurely, and I was born seven months after the umbilical cord was wrapped around the neck three times in the womb. Starting from primary school, I went to school for five days. For four days in class, I needed to ask for leave to go home because of my stomachache. In junior high school, I often have such a stomachache that I can't straighten up. The first grade got purpura, so I was suspended from school for a year. I couldn't eat meat within a year, and I ate steamed bread in sugar water for half a year. In the fifth grade, he was found to have chondroma on his leg. In the second year of junior high school, I was hit by a car and tripped while running, resulting in fluid in my knee suffering from synovitis. Surgical resection of chondroma was performed after graduating from the third year of junior high school. When I was in high school, I had low blood sugar and fainted when raising the flag or going to the supermarket.

I got a chronic disease because I didn't pay attention to inducing bacterial infection in senior high school. One illness to the present, there has been a period of recovery, but has been repeated, eat a lot of should pay attention to. And the body shape is seriously deformed because of taking medicine, and sometimes it is so fat that others cannot recognize it. Every month I have to spend four figures on medical expenses to recuperate my body. After I grow up slowly, I feel that illness is an invisible burden on my family. Not only do people worry about my health, after all, I have such a serious chronic disease at such a young age.

it's actually quite stressful at work, and I'm often busy checking case files late at night. In the worst case, I can't sleep all night because I stay up late at work and have a chaotic schedule. There was too much pressure a few days ago, and there was an ulcer on my stomach. I went to the emergency room late at night.

especially sad, they don't have enough ability, so they can only use their lives.

maybe many people can't feel the pain of having a skin disease, it itches and hurts, but you can't scratch because it makes you bleed, but most of the time you can't control yourself. almost every week, you have to go to the hospital to take all kinds of medicine, apply all kinds of ointments, exercise you want to do, you can't do what you want to eat, it's really painful, you can't look good, and your appearance has a great influence. It tickles every day. I'm really tired.

19 years old, but I became unbearable because I sat too long for the waist and neck during the preparation for the third year of high school. I had to get up and walk for 45 minutes in my last class in college, and I still couldn't sleep because of the pain at night. I went to see a doctor, and the doctor gave me a general pain relief and an action chart, saying, "it's hopeless. You have to exercise every day of your life."

after I got sick, they said:

Are you puzzled by the many styles of hawaiian wedding dresses in our online shop? Your will be elated by your enchanting look.

someone asked me why I spelled it. All I can say is, when you can fight, if you don't fight for something worth fighting for, when do you have to fight?

what I was thinking at that time was that I had left the root of the disease before I was an adult. Be sure to pay attention to your body and exercise more in the future. By the way, I will often remind the people around me, do not sit for a long time, treatment is really troublesome, more movement, even some small movements will invigorate the muscles and joints of the body.

I am not happy at all. You can't eat spicy, fried, cold oysters. You can't drink water. As for me, I haven't eaten a single snack for nearly two months. I want to be healthy more than I do at a time.

A few days ago to review, the effusion in the knee is still there, but has been absorbed a lot. Every birthday wish from childhood to big is to hope that the whole familyPeople are healthy, disease-free and disaster-free. Now I hope all of you can take care of your health, pay attention to rest, stay up late, eat more fruits and vegetables, and make more positive psychological cues.

physical health has always been a wish for me, so I also hope that everyone must take good care of themselves.

when I hang up emergency infusion, I think that ordinary people like me may not need busy work to accumulate experience, but to learn to deal with things that they can't deal with before.

No matter how comforting others are, it doesn't matter how much they say, so you or you are still beautiful, but I know myself very well. Because no one can understand this kind of hard work, but in fact, it is not easy for anyone with a disease.

I used to think that I must exercise in order to lose weight, but now I really go to exercise every day, sometimes square dancing, sometimes push-ups, running, swimming. It really doesn't hurt anymore. people have a lot of mental state.

recently there was an offer, and he wanted me to help record his story.

he said he won the second prize, leukemia.

on the phone, he said, "it's like suddenly a clown came up to you and said, 'Congratulations, you won the second prize'. Then he put the prize box in my hand, and when I opened it, I found that it was a gravity bomb. The slightest carelessness will blow me to pieces.

I have always wondered why fate is so unfair. "

he thought for a moment, then choked up and said, "I still don't know."

I didn't want to write this story, because it is closer to death than the above eight stories. It can even be regarded as a special case. But when you think about it, each of us is very close to death. We always think that we are young, that we can stay up late, that we can be sedentary, and that we can have irregular meals for work.

knowing that the body is the most valuable, he takes action to tell everyone: "only health, no money, you still have nothing."

many people seem to regard "health" and "work" as a single topic, and can only choose one of them. Wait for your body to issue a warning before you are willing to post a "I want to go to bed early and get up early" moments. But "warning" also means that the body has already suffered this kind of damage for a long time, and you have no choice but to tell you in this way.

"as a last resort", I can't believe this word is used in our bodies.

so pay more attention to your health for the sake of those who care about you.

I suddenly remembered a sentence from Dou Wentao: "you think you can take it easy, don't boast, it's someone else's death, meet someone you care about, you try." If you want to be nice to people, while you are alive. "

"then say good night too"