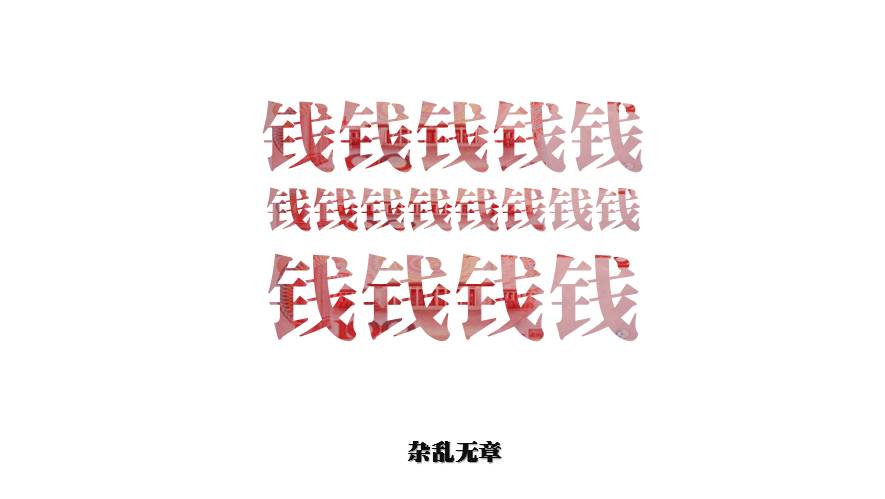 Are you happy when spending other people's money?

when my ex-boyfriend is with me, he never lets me take my wallet.

he scrambles to pay for meals, movie tickets, amusement park tickets, shopping fruits and daily necessities, regardless of the price. Several times when I paid in advance, he said with a heavy face, "where can you pay?" If I have a friend next to me, he will join my friend. Friends who are slightly more knowledgeable will give me all the money back in private and ask me to transfer it to him; others have come to see his habit of spending generously and often come to eat and drink.

at first, I talked to him about economic distribution several times in private. I don't think boys between lovers are obliged to bear all the bills for their girlfriends, let alone those of their girlfriend's friends. Although it doesn't seem like a big deal, it adds up to a considerable amount over time. Moreover, when I was a student, most of the expenses on both sides came from my parents, and I couldn't feel comfortable paying for me with each other's parents' hard money.

so I said, "Let's take turns to pay later." Since the AA system is really strange every time, then this time you come and I come next time, none of us will have too much financial pressure. "

he only said, "I still have the money to raise a girlfriend." remain unchanged. After I said it several times, my best friend reminded me not to talk too much about money. For some boys, paying for you is a way to express their love, and not letting you spend money is a controlling possessiveness of boys. If you have to pay for it yourself, he may feel embarrassed and feel that you are no longer dependent on him.

so I dare not mention the AA system again.

but I always feel that economic equality is the most basic condition for couples to get along with each other.

during my last month with my ex-boyfriend, every night I used WeChat red packet to give him back half of the money he paid that day.

although money is not the reason for the breakup, this economic inequality has put a lot of pressure on me. I always feel indebted to him because I spent his money. So subconsciously tell yourself to tolerate all his shortcomings and listen to his ideas. Although he always asked for my advice, I always thought, "since you pay the bill, I naturally have no say in deciding which restaurant to go to tonight; since you pay the bill, I naturally have no right to decide whether to travel for accommodation or youth travel." since you pay for everything, I can't do anything, so what advice do I have? "

so I gradually stopped talking to him, and he stopped asking for my opinion.

he said with a wry smile on the day of the breakup, "I knew you wanted to break up."

"you no longer let me invite you, which means I no longer have the privilege of paying for you."

in my eyes, I won't let you pay for me because I really want to stay with you for a long time, rather than running away after a meal and being complacent about taking advantage of you. I am carefully thinking about how to live better economically and how to save money for our future.

so when you invite me to dinner, my own guilt is far greater than the happiness you give me.

in your eyes, AA only means not loving.

the same is true not only between lovers, but also between friends.

Aqu once told me that she was traveling with several friends, and she paid for her ticket, but those friends never mentioned the reimbursement, and she was embarrassed to mention it.

her best friend said that every time she had dinner with her friends, she would be in the cold when it came time to pay the bill. Everyone competed with the speed of reaching for their wallets, and those who could not keep their temper would lose. And she's the one who pulls out the fastest every time.

Xiao Si said that she pays the air-conditioning fee for their dormitory every time, and the whole dormitory would rather take a cold bath than take the initiative to pay. It was hard for her to split a few dollars, but she was worried about it.

before, I always said that some people take advantage of petty gains and suffer big losses, while others suffer more losses and accumulate blessings.

however, after such a long time, I have never seen anyone gain anything from petty gain, nor do I see anyone who eats too much and accumulates blessings.

I've only seen people who are brought up by you who can't bear to be AA, while the face-saving you quietly love your wallet.

it turns out that between couples, the fact that a girl does not let a boy pay the bill proves that he has lost a certain privilege; if a boy does not pay for a girl, it proves that she is no longer important.

but why didn't I feel happy once when I spent my ex-boyfriend's money?

but why I invite you again and again, you and I have never been honest with each other without distractions.

seems to talk to you about how bad it is to go Dutch.

later, I lived in Hong Kong. Only then did I know that most of the time, it is not that I am unwilling to invite, but that I cannot afford it.

in the face of high prices, people who want more face will learn to say, "Let's AA."

then I found that when I began to dare to ask for AA, fewer and fewer people were relying on you to eat and drink, and I kept friends who were financially independent but connected to each other. Occasionally we would treat each other extravagantly, but we would explicitly tell each other "I'll treat you today" before the treat, instead of vaguely wondering who ate more but paid less.

Are you searching for 3/4 sleeve evening dresses to give a shimmering look of a star? New chic arrivals are available now!

in fact, friends do not talk about money, or a clear division of money, can save a lot of unnecessary trouble.

maybe our generation always has a little apathy in the eyes of the older generation. Gradually, we will not cultivate feelings and show the depth of friendship with treats as we used to do. Some people say that the AA system is impersonal, but I say that whether it is human or not is not directly related to who pays the bill.

will change the depth of friendship because of a bill, which is probably not worth cherishing.

more and more of us are beginning to accept the AA system, and more and more people learn to calmly propose "Let's split it" at dinner, and then take the initiative to take out their share without embarrassment.

after all, it is my duty not to invite you.

so I support AA both spiritually and economically. As friends, or as boyfriend and girlfriend, we should all be independent of each other, respect each other, and do not owe each other.

-"are you happy when you spend other people's money?"